In Part I of my column The Canyon Quickdraw, I ended with a question that Laurent Poublan, Head Training Master at ICOpro, had asked me: Could I think of a way to use a quickdraw to create a central point between two unlinked anchors? Using a quickdraw, is there a way to create a Master Point between two bolts? His question was largely directed at Ross and my’s T-Quickdraw experiment, and quite simply, the T-Quickdraw was weak at solving this problem.

Laurent’s question was the icing on the cake to a number of debates I had with other great canyoneers. Why keep using the quickdraw at all? Sure it’s quick to make two bolts redundant, but what about equalizing? If one point breaks under load x, the other point might receive load x + a Fall Factor. Boom, Double Boom, Everything is gone. Redundancy alone is inadequate in these scenarios.

Some french professionals have already been facing this problem. A good friend, Benjamin Buchy, was the first to show me in 2013 a ~1.5 metre piece of semi-static rope with two figure-8s at each end (Side note* Ben has an excellent blog at canyonexpe.fr). He used this rope for everything, from extending his cowstail to the anchor, to equalizing two bolts. He asked me why I still used my Canyon Quickdraw? It was old school. He would clip this piece of rope to two points, and then he’d tie a master point. The new school was using this piece of rope to make bolts redundant and equalized. I’ll admit it was effective and safer, but it wasn’t ideal for me. For one, the semi-static rope anchor would bounce, increasing rope rub. As well, what if the rappel had a big swing in it? How do you equalize that? Lastly, and most importantly for me, it was a damn clunky piece of kit.

Considering Ben’s solution and Ross and I’s lackluster T-Quickdraw, neither was a desirable solution. Back to square one. Aimlessly searching through the internet, I eventually came across a technique I had long since overlooked: the Alpine Quickdraw. The Alpine Quickdraw is used mostly by trad climbers. Its function is to act as a normal length quickdraw, and when needed, it can be extended to reduce rope drag. Normally, it consists of a 60cm sling and two snap-gate carabiners. The real beauty of this kit is the way climbers shorten and lengthen the quickdraw (see video below).

Looking at the Alpine Quickdraw, I wondered if the idea could be adapted to a canyoning context. Old dog, new (sort of) tricks. The Alpine Canyon Quickdraw (ACQ) would be composed of a 60cm dyneema sling and two locking, mini-HMS carabiners. The goal of the ACQ would not be to reduce rope drag, but to create a central point between two unlinked anchors. I had my doubts as to whether a 60cm sling would be sufficiently long enough, but the adapted technique is all that is needed.

Since the ACQ is composed of a standard 60cm sling, its uses are highly versatile. In the context of two unlinked anchor points, there are a myriad of ways to solve a given situation. The anchor points only have to be a reasonable distance from each other. 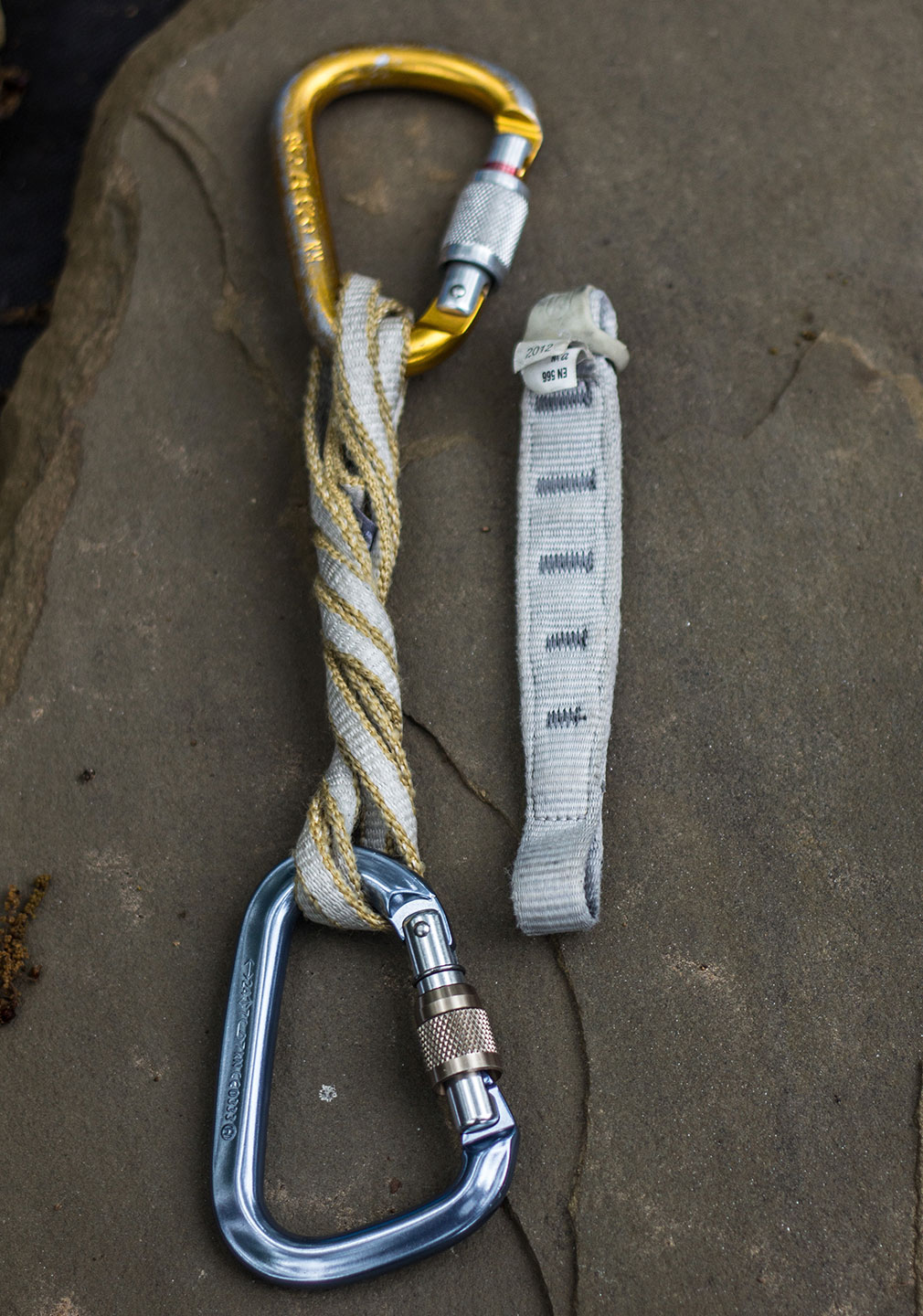 The Sliding-X is redundant and “self-equalizing”, meaning it can distribute the force evenly if the direction of force changes (e.g. swinging rappel). While true “self-equalization” has been shown to be a myth (http://tinyurl.com/phe9feg), more importantly, the Sliding-X can extend and create a fall factor if one anchor point fails. While extremely strong (>30kN), the possibility of extension is the biggest reason for not using it. 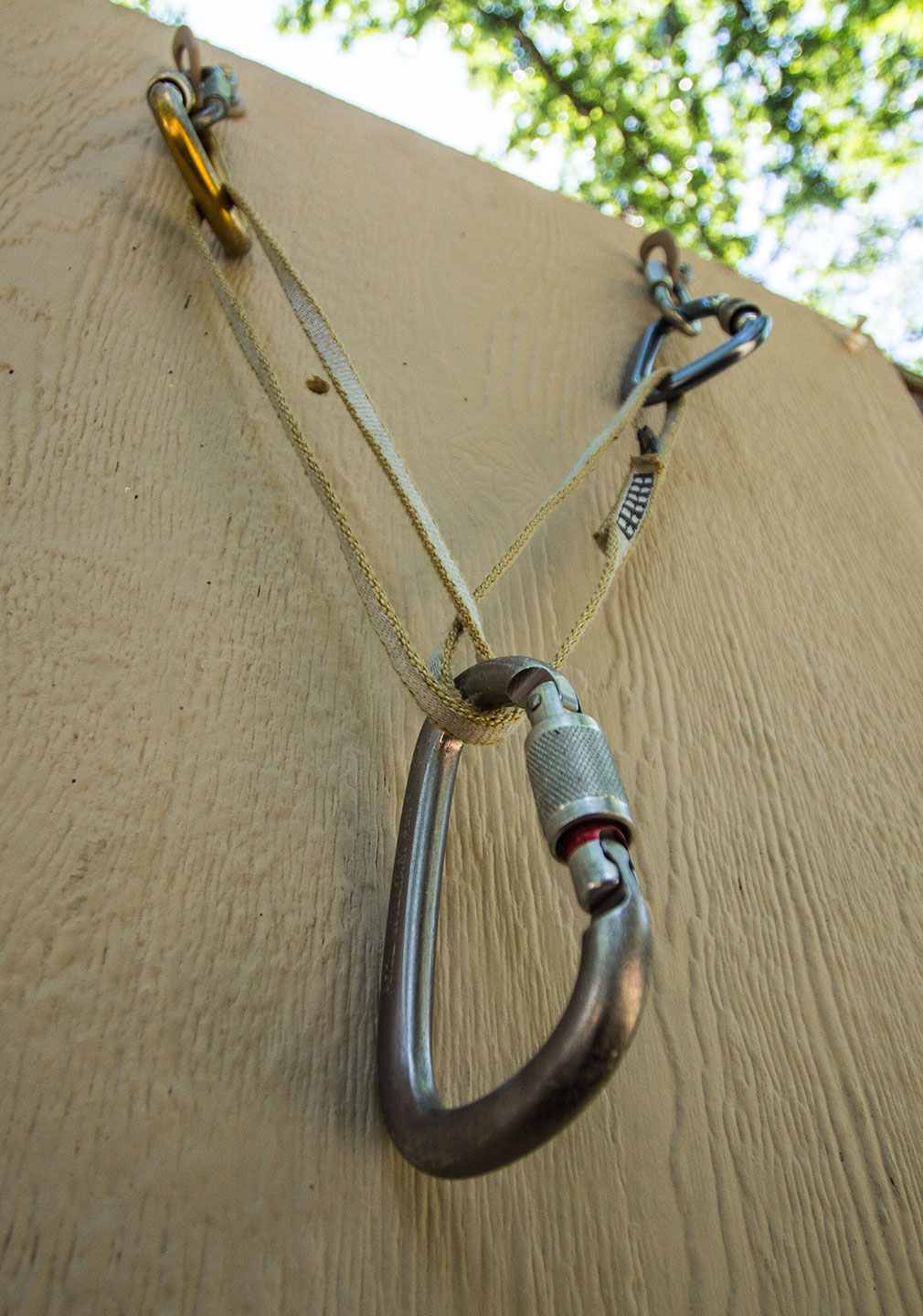 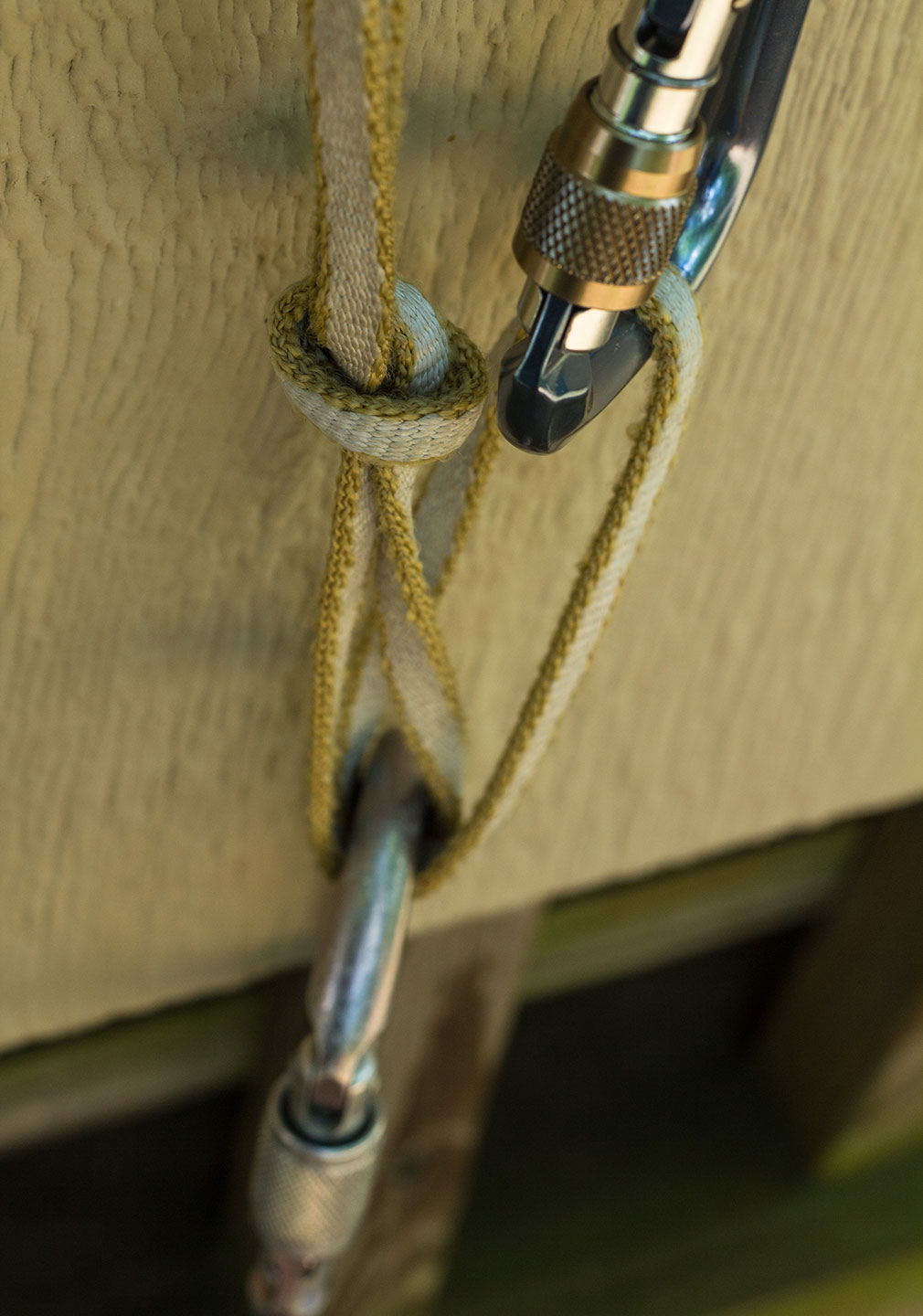 The Vertaco Belay Anchor is a lesser known technique which probably deserves more credit (The name is adapted from French, but I’m sure there is another English name for it somewhere). It is created by tying an overhand knot with the sling, and connecting each loop to the anchors. The knot is then adjusted until it is equalized at the focal point of the anticipated load direction. After, a carabiner is clipped through both loops on either side of the knot.

The Vertaco Belay Anchor is redundant, equalized, and non-extending. When extension is a possible concern, the Vertaco Belay is the best option for a 60cm sling. This is because the technique uses minimal amount of sling to create the focal point, a significant advantage over the standard pre-equalizing technique. Equalized, the Vertaco Belay boasts an astounding 23kN breaking strength¹. Though, the advantage of the simple overhand knot is also the technique’s greatest disadvantage, as the overhand knot can become difficult to untie after a heavy load. 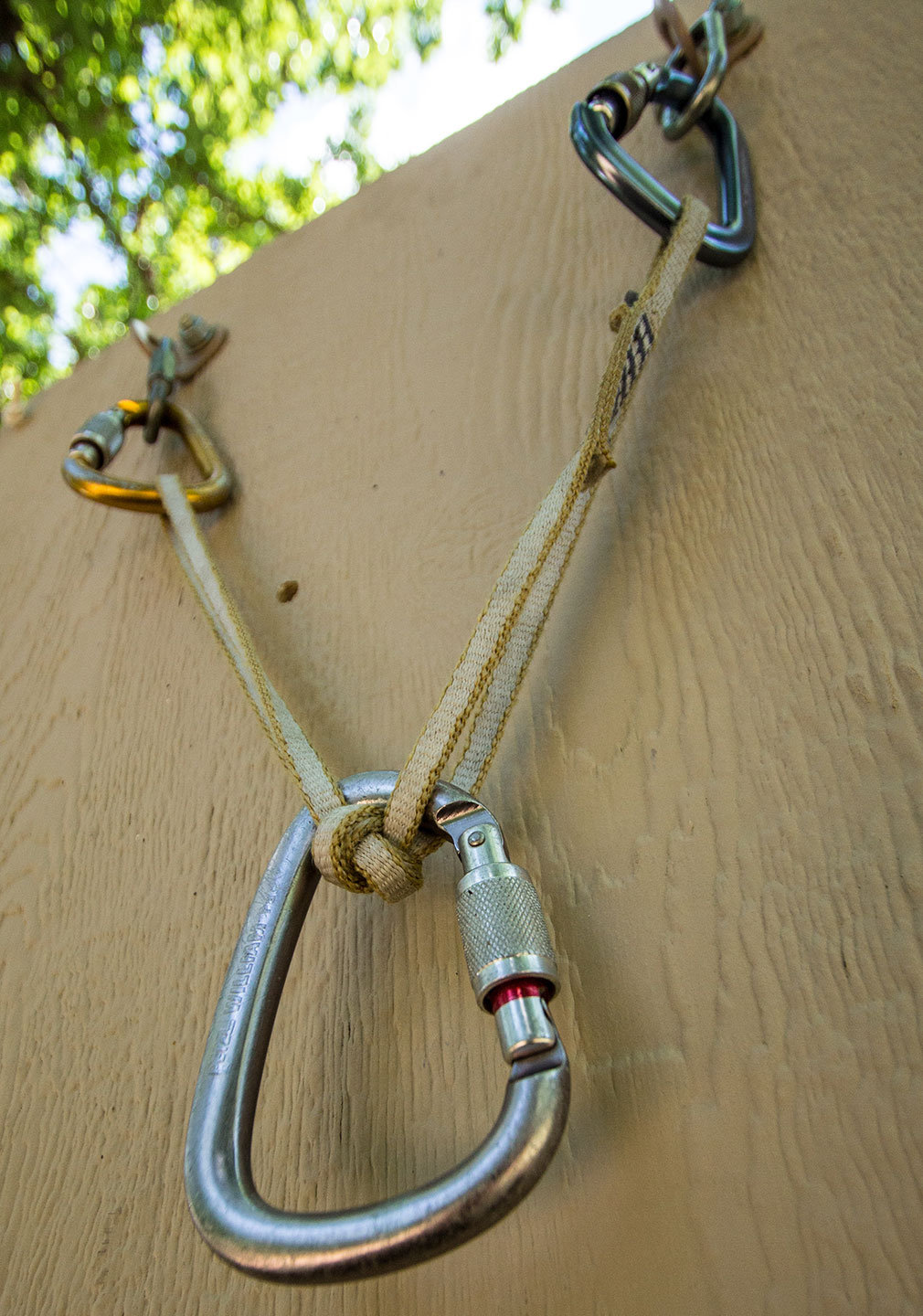 The Alpine Canyon Quickdraw can be still be used to link unlinked vertical anchors like the normal canyon quickdraw before it. While this technique often leaves the anchors non-equalized, it does make the anchor redundant. Nonetheless, the ACQ has the advantage over a normal quickdraw because the sling is adjustable. A full length sling is 60cm, folded in half is 30cm, thirds is 20cm, quarter is 15cm, and so on. This means you can adjust the length of the quickdraw between the two anchors to reduce extension (fall factor) as much as possible. (Side note* There is an interesting technique to adjust the sling between ~30-60cm, which will be a future blogpost!) 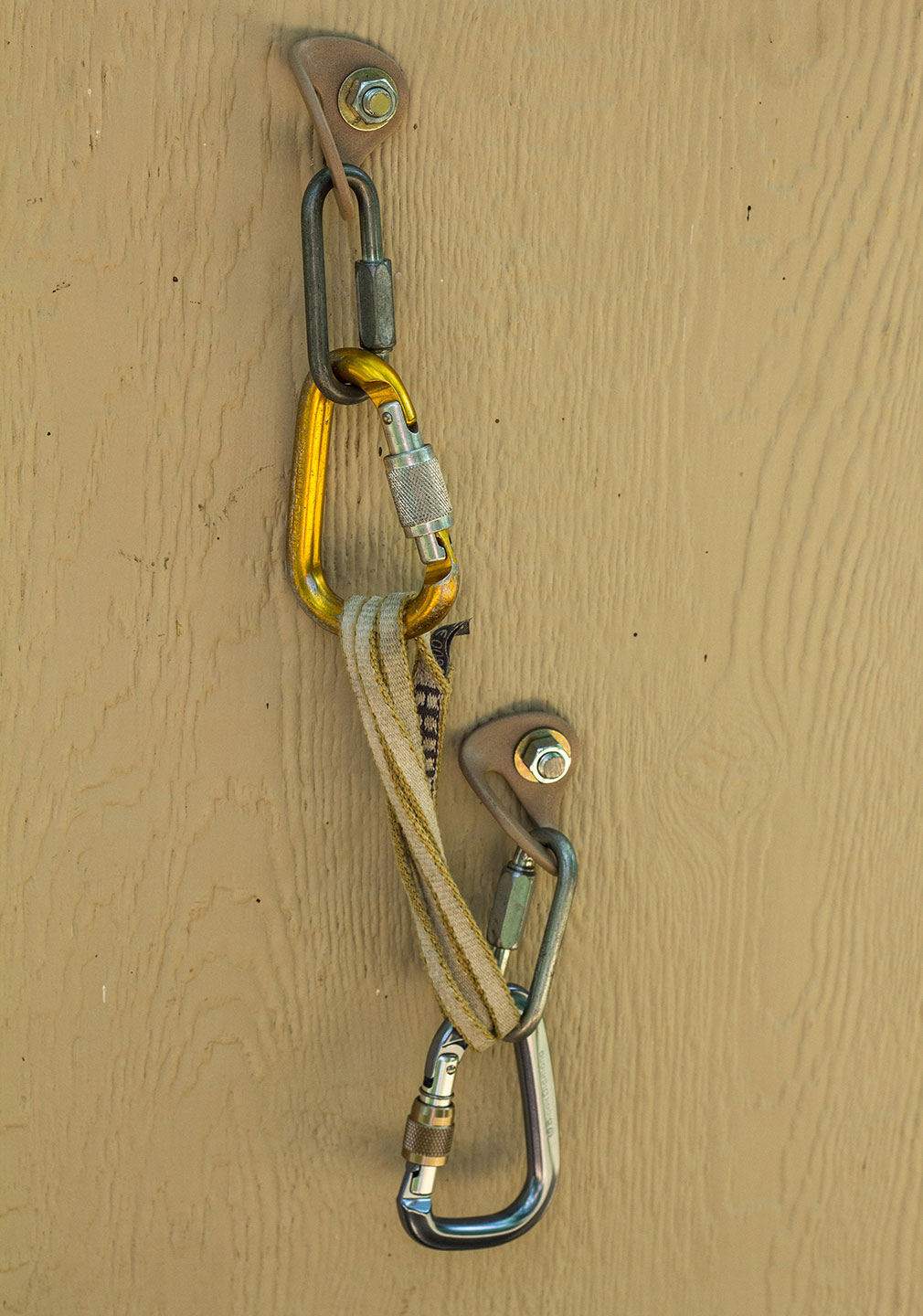 The above are the basic techniques for creating belays with the Alpine Canyon Quickdraw. Of course, the ACQ doesn’t have to be resigned to creating belay anchors only. It could be used for many things; for example, making a simple deviation on a rappel. With a simple construction of two mini-HMS carabiners and a 60cm sling, the versatility and utility of the ACQ is a matter of the user.

What remains now for the Alpine Canyon Quickdraw is in-field testing. It’s easy to ramble on about how this piece of equipment is superior to other methods; it’s lighter, more compact, more versatile, yada yada yada. But it’s less easy to imagine where it will lack. The true test of any piece of equipment is time in the canyon. Luckily, the northern hemisphere canyoning season is upon us, and the ACQ will join the ranks on my gear loops. In a few months, I will report back on the performance of the ACQ. Maybe it’ll be just another gimmick, or maybe it really could change the face of the Canyoning Quickdraw. 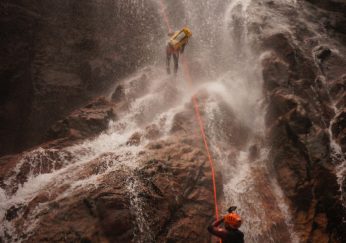 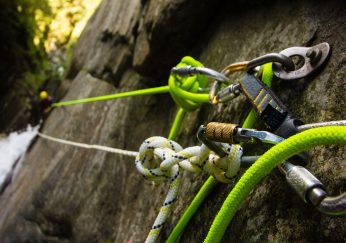 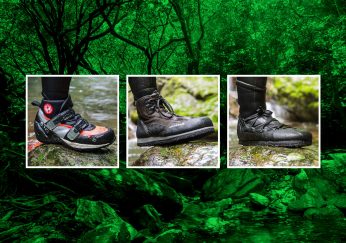 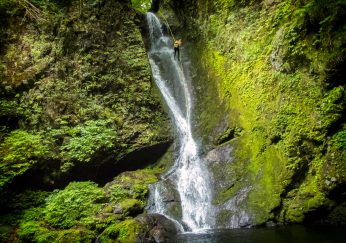 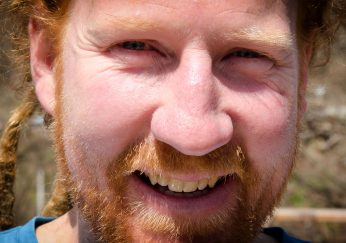 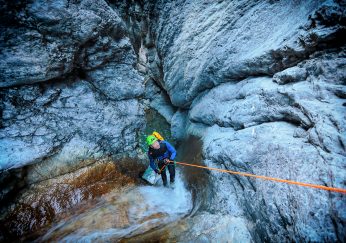 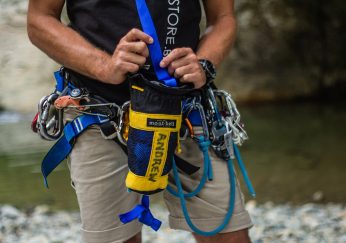 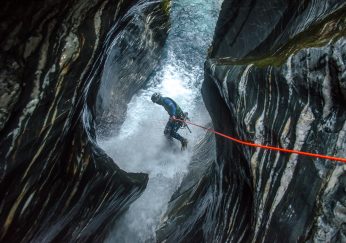 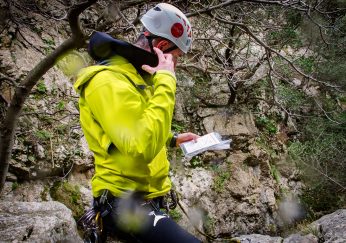